Thoughts on Clive Palmer and His $250 Million Planned Contribution To Help Defeat Liberals and Labor and the Greens? Thoughts on Clive Palmer and His $250 Million Planned Contribution To Help Defeat Liberals and Labor and the Greens?

Thoughts on Clive Palmer and his $250 million planned contribution to help defeat liberals and labor and the greens? He spoke quite well a few weeks ago in Brisbane, at the freedom rally, has a smart political mind and appears to be less ego and more about the greater good these days.

He also believes Australia needs a free and independent press. I feel Australia needs all the billionaires it can get to take a stand and publicly support the resistance, and not be Globalist sellouts.

He also has stood up to China on many occasions and won.

Beggars can’t be choosers. And he is most likely the key to ensuring smaller parties can create a big enough coalition to form Government.

Without his funding we stand little chance.

Also if anyone has his manager’s contact details we’d like to interview him on the McIntyre Report and also Craig Kelly. 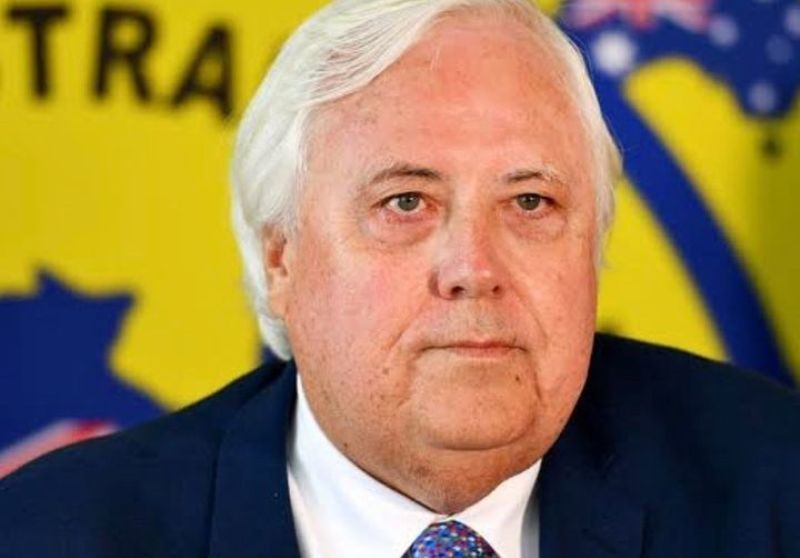 Kathy Henderson
Jamie McIntyre bloody hell lay off with the politics for crissakes we can make our own decisions, coercion? Or are you plugging all of them?

John Krasadakis
China is his biggest costumer and he will sell us out in a heart beat.

Sharon Michael
Jamie McIntyre can you please explain to us how preferences work from the point of view of the politicians preferencing each other.. I’m sure we understand the part of us preferencing them.

Bazz A Basil
let’s give Clive a go, we are all working to the same end, to basically end the duopoly. Sell out and tyranny. all the players may do this a different way, but he has stayed with it spent his own money and a lot of time.its more than any other polly has done

Lara O’Rourke
He was supposed to let Kelly be the front man. This guy has NO intention of winning anything, he’s made a deal with the devil so he can get a bigger sand pit to dig in and he’ll throw 85 K wasted votes in the hole.
We need to individually stand to get our country back. No one on a white horse is going to do it for us.
Raise the Red and know the rights under the Commonwealth constitution and the Crown that was snuck out from under our noses in 1973.

Craig Watts
Got my vote Jamie McIntyre, what other options are there ??

Tom Niedrich
Clive won’t be making a deal with the liberals, he has however agreed to preference deals with the Liberal Democrats who share the UAP ideology. That’s only relevant however to people who don’t know how to direct their own preferences, which everyone needs to learn. Hopefully in the next federal election there will be enough independent minor parties such as UAP, LD and PHON so that preferences can be exhausted without having to tick any of the lib/nat, green/lab at all. I think I have Craig Kelly’s mobile if you still need it?

Brian Baulch
We need to Unite! So yes, I stand with UAP. I am fine for people to vote for any of the minor parties who are for freedom and against the elite globalist agender. The more a minor party leans away from conformity (penal colony mindset philosophy) and towards entrepreneurialism (Nonconformity) the better in my opinion. While of course, voting the Lib/NAT and Labour/Green last. Oh also scrub the 2 minor parties Animal and Reseason party from the ballot box for eternity.

Lindy Yewen
I liked UAP and Clive Kelly until they joined with the Liberal Democrats. But they are probably the only alternative party that is going to be able to stick it to the current government.

Fiona Francesca Strain
I think Clive needs to be more transparent and clear about what he and his finances are bringing to his objectives.
He has been in deep water before and I think he need to win people with his plans and convictions of truth.

Ian Van Roden
Ricardo Bosi needs funds to fight the war on many fronts. He has the brain for it. Clive Palmer has more integrity than people realise. Unfortunately China money clouds it. Clive can detach from situations and observe from a distance. Pauline is pissed off which is a powerful force.

Kaploon Luke
I know ANR have done so much in terms of creating alternatives. I would really like to see investment in a data base to store all data from the past 20 months and into the future. Injuries, deaths, suicides, business losses, It needs to be backed up with GP records, whether they be diagnosis based and so on. The DAEN database cannot be trusted as anyone can make a report and I have seen reports with 120 year olds made. We have no 120 year olds. They have designed it this way, make no mistake, its a bait and reveal type thing. They know DAEN is open to flaws.

Michael Kwaaitaal
Friends, their won’t be an Australian solution to a global problem, where secret societies and a satanic cabal have infiltrated all institutions public and private, for decades…
Until billionaires, military folk acknowledge that, they can perhaps use their platforms torally the people to start ignoring governments, so we can jointly re-invent it… any solution within the constraints of Yesterdays systems and courthouses is going to be futile and a waste of energy and time.

Lynn Scott
I would like to see him contribute to the miners he screwed over, then I will take him seriously.